Q1. Honshu, Hokkaido, Kyushu And Shikoku are major islands of country of

How the India-Japan friendship can help global peace, prosperity
India-Japan relationship brief:
1. The year 2022 marks the 70th anniversary of the establishment of diplomatic relations between Japan and India. Formal relations between Japan and India began in 1952.
2. After the Second World War, instead of signing the multilateral San Francisco Peace Treaty, India opted for concluding a bilateral peace treaty with Japan, considering that honour and equality should be ensured for Japan to rejoin the international community.
3. This is the cornerstone of our long-standing friendship. But even before the establishment of diplomatic relations, the goodwill between the people of the two countries was deeply rooted through business, academic and cultural exchanges.

4. In 1951, when India hosted the first Asian Games in New Delhi, it invited Japanese athletes. This was one of the first occasions where the Japanese flag was hoisted after WWII. This experience soothed the minds of Japanese people who were struggling to rebuild their country.
5. After 70 years of multi-layered exchanges, the relationship between our two countries grew into a “Special Strategic and Global Partnership”. Our partnership is based on a deep respect for each other’s contributions in promoting peace, stability and development in Asia and beyond.
6. We recognise each other as natural partners to work together for a “Free and Open Indo-Pacific (FOIP)” and various other global issues. Q3. Which of the following states has the highest forest cover in the Northeast?

Top 3 States
1. An increase in forest cover has been observed in the open forests followed by very dense forests. The top three states showing an increase in forest cover are Andhra Pradesh (647 sq. km) followed by Telangana (632 sq. km) and Odisha (537 sq. km)
2. Madhya Pradesh had the largest forest cover, followed by Arunachal Pradesh, Chhattisgarh, Odisha and Maharashtra.
Forest report’s conclusion of an increase in cover should not lead to complacency. Loss of natural forests is worrying
Highlights:
1. For the better part of the past 35 years, the Forest Survey of India’s State of Forest Reports (ISFR) has been showing a steady increase in the country’s forest cover.
2. The 17th edition of the biennial report released last week showed that India’s forests have increased by more than 1,500 sq km between 2019 and 2021 and 17 states have a forest cover of more than 33 per cent.
3. A closer reading of the report, however, shows areas of serious concern. The country has lost more than 1,600 sq km of natural forests in this period. The loss has been compensated by an improvement in the health of some of the protected areas and reserve forests.

4. But a large part of the increase is due to more areas coming under plantations, which experts rightly argue are no substitute for natural forests when it comes to providing critical ecological services. Impact of a tsunami being assessed in Tonga

Australia and New Zealand sent surveillance flights to assess damage in Tonga, isolated from the rest of the world after the eruption of a volcano that triggered a tsunami and blanketed the Pacific island with ash. Location of Tonga: 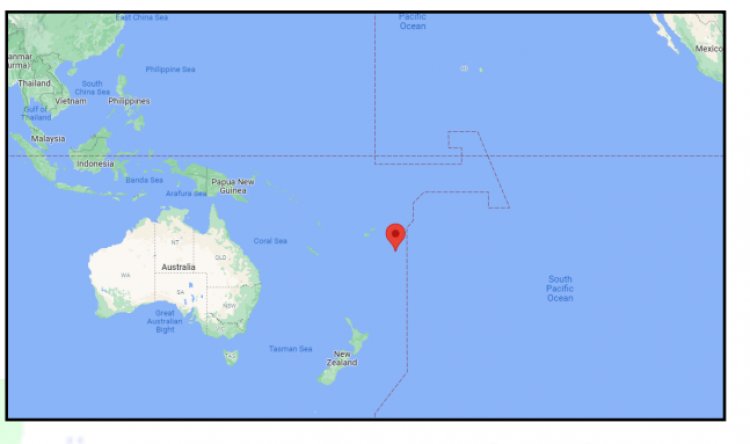 Q5. The three major cultural areas: Melanesia, Micronesia, and Polynesia are situated in

The three major cultural areas in the Pacific Ocean: Melanesia, Micronesia, and Polynesia Model Question and Answers for APSC | Explain the difference between computing methodology... Differentiate between the features of Gandhara and Mathura School of Art.