1. India plans to eliminate Tuberculosis (TB) by 2030 under National Tuberculosis Elimination Programme (NTEP)
2. The TB bacteria attack the lungs only

India to be TB-free by 2025: Mansukh
1. A 19% increase was witnessed in 2021 from the previous year in TB patients’ notifications. The number of incident TB patients (new and relapse) notified during 2021 was 19,33,381 against the 16,28,161 in 2020, noted India TB Report 2022.
2. On World Tuberculosis Day on 24 March, the government reaffirmed Its commitment to making India tuberculosis–free by 2025 and said this will be achieved by ensuring access to quality healthcare and advanced treatment.
3. The report said despite the decline in TB notifications observed around the months corresponding to the two major COVID–19 waves, the National Tuberculosis Elimination Programme (NTEP) reclaimed these numbers. Tuberculosis (TB)
It is caused by a bacterium called Mycobacterium tuberculosis. The bacteria usually attack the lungs, but TB bacteria can attack any part of the body such as the kidney, spine, and brain.

2. Only in agriculturally dominated states like Madhya Pradesh, average farmer income has increased

Farm income fell in four States: panel
1. The Centre vowed to double farmers’ income between 2015 and 2022, but by the midway point, farm families in Jharkhand actually saw their average monthly income drop by about 30%.
2. In its report on the demand for grants for agriculture submitted to the Lok Sabha, a parliamentary standing committee asked why the Centre remained a “mute spectator” while farmers’ income declined in four States between 2015-16 and 2018-19.
3. Over the same period, nationwide farm income rose 27%, which is still well short of the trajectory needed to achieve the goal of doubling income this year.
4. The committee recommended that the Department of Agriculture and Farmer Welfare “should formulate a special team to figure out the reasons for falling farmers’ income in those States and take some course corrective measures so that the doubling of farmers income is not lost sight of.”

The Doubling Farmers’ Income (DFI) committee:
1. The Doubling Farmers’ Income (DFI) Committee had calculated the 2015-16 baseline by extrapolating the survey data of the National Statistical Organisation from 2012-13, calculating the national average monthly income of a farm family in that year was ₹8,059.
2. By the time the next NSO survey was conducted in 2018-19, monthly income had risen 27% to ₹10,218.
3. In Jharkhand, however, a farm family’s average income fell from ₹7,068 to ₹4,895 over the same period. In Madhya Pradesh, it fell from ₹9,740 to ₹8,339, in Nagaland, from ₹11,428 to ₹9,877, and for Odisha, it dipped marginally from ₹5,274 to ₹5,112.
Declining budgets for farmers:
1. The panel also noted that while the department’s budgetary allocation may have risen in absolute terms, it has consistently declined in percentage terms during the second term of the Narendra Modi-led government.
2. In the 2019-20 Budget, announced just before Lok Sabha polls, the department received 4.7% of total allocations. That proportion has dropped every year since, and in 2022-23, the department’s Budget accounted for only 3.1% of the total.

Q3. Conflict areas Tigray, Amhara and Afar - recently seen in the news are from the country of 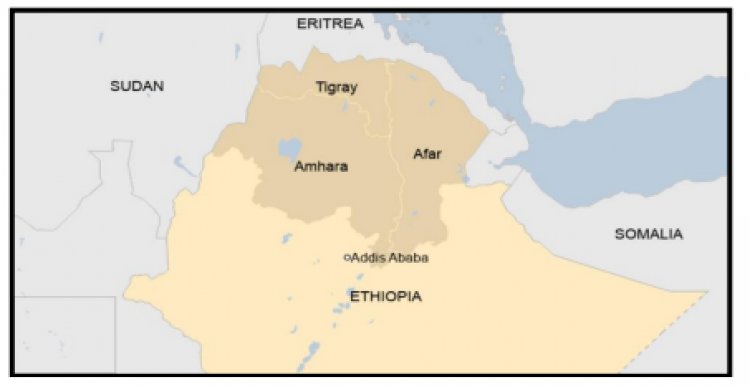 1. Ethiopia’s government declared “an indefinite humanitarian truce effective immediately”, saying it hoped to help hasten emergency aid into the Tigray region, where hundreds of thousands face starvation.
2. Since the war broke out in northern Ethiopia in November 2020, thousands have died, and many more have been forced to flee their homes as the conflict has expanded from Tigray to neighbouring regions of Amhara and Afar.

Q4. Sakhalin-1, Vankor and Farzad B often seen in news are

Indian overseas oil and gas assets: Sakhalin-1, Vankor and Farzad B. Recently it lost the Farzad B gas field.

Model Question and Answers for APSC | What are the reasons for failure of Public...